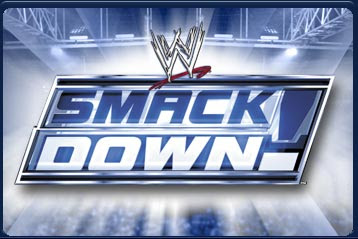 Haas starts with London and with tandem offense with Benjamin both men work over London as well as Kendrick for most of the match and not much fight was given back as Team Angle dominated with Germans, Superkicks and ended with Paydirt by Haas as he pinned Kendrick for the 3. Kurt Angle joined Team Angle in the moment and said "This is the night of Angle, The 3 I's will prevail!" All 3 men left the ring happy.

This was the first time that these 2 amazing athletes got in the ring together and the chemistry and smoothness and flow is this match was on point. They began mirroring each other like they knew what their adversary was going to do next, It was fantasic. Morrision hit his Moonlight Drive for a 2 and then Aries hit his Roaring Elbow for only a 2. Morrison went for his C4 finisher only to be reversed into a Brain Buster to finish off Morrison with a 3. After the match AJ Styles walked down to the ring and said "We're unrespected here and need to show how good we really are, let's team up Austin, we're better than everyone on SmackDown." Aries said "I'd love to but I've already got a partner." Next thing AJ knew he was getting beat down by Bobby Roode and Austin Aries, The IT Factors, until Morrison showed up with a chair and ran off Aries and Roode. Morrison and Styles shook hands and challenged IT Factors back into the ring. They declined.

Match 3- The Hardys vs International AirstrikeEdit

Jeff and Matt were having a lot of issues working together tonight, Matt got inthe way as well as Jeff. Tyson and Justin took advantage of this and was able to wear down Jeff until Jeff got in Matt and Matt took over like a house of fire. Taking out both men and winning the match for Jeff. Jeff came into the ring after and congratulate Matt only for Matt to say "What the hell is your problem tonight, what are you, on drugs again?" He pushed Jeff away disgruntled and left the ring.

Benoit and Cesaro paired off as well as Barrett and MVP. MVP tried for his Drive-By Kick but Barrett jumped to his feet and hit the Winds Of Change followed up by a Bull Hammer to eliminate MVP. As this was happening Benoit was setting up for his Diving Headbutt after hit the German Series on Cesaro, but Barrett moved Cesaro only to be hit with a Gutwrentch Powerslam by Antonio as Benoit went crashing down on his face. Cesaro finished off Barrett with the Neutralizer for the Elimination. Cesaro thought he had Benoit all figured out until Benoit took him down with the Crippler Crossface and made Cesaro tap out. Benoit is the new United States Champion. After the match Benoit was approched by Eddie Guerrero as he asked "Chris, esse, you wouldn't mind being out there for me in my World Title Match would you?" Benoit shrugged and Told Eddie "Sorry "esse" I can't really do that." He waved goodbye to Eddie.

Ziggler was attacked before this match by former Tag Partner Jack Swagger. AJ went after Swagger only to be rolled up by Ziggler for the 3. Ziggler said sorry after the match. Styles was left wondering what the hell happen. He left the ring only for the war between the IT Factors and Morrison and Styles to continue as all 4 men started fighting up the ramp.

This was an all out brawl. Batista and Taker fought as well as Angle and Guerrero. The referee wondered what to do as all 4 men were fighting all over the arena so he said screw it, Falls Count Anywhere Match, First Undertaker eliminated Batista by a Tombstone through the annouce table. Then in the crowd Eddie was found having a Leap Of Faith Frog Splash off the stands onto Kurt Angle for the 3. We were down to The Undertaker and Guerrero as shockingly we brought this into the ring and they had a legitmate match for 5-10 minutes until Eddie grabbed a table and tried to Frog Splash from the Top of a Ladder onto Taker and missed. With that Taker grabbed the Steel Steps and drove Eddie with a Tombstone onto the Steps for the win. Taker's about to enjoy his major victory but then we hear the music of the returning Brock Lesnar. The 2 have a major staredown to end the show.

IT Factors vs The Phenomenal Ones

Lastly for Next Week, The Motor City Machine Guns vs The Hardyz

Retrieved from "https://2k-universe-mode-rawsmackdownnxt.fandom.com/wiki/SmackDown_Week_1_Results?oldid=4104"
Community content is available under CC-BY-SA unless otherwise noted.