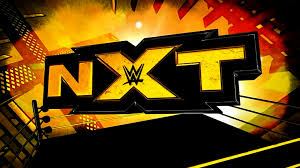 The 2 went back and forth with strikes and kicks to start the match. Early Lethal went for his Dragon Suplex but was reversed into a ACH Plex but Truth Martini gets involved to cause no pin but Thomas goes after Martini and the referee throws out Thomas and Truth so the match will end fairly because Thomas got involved after when Lethal got out of the pin and hit the Lethal Injection. ACH and Lethal have so much intensity as the hate boils over and a superkick by Lethal for only 2. ACH Knocks out Lethal with a huge kick but out of instict Lethal kicks out at 2. Being as back and forth as they've been in the past, Lethal reverses the ACH Plex and hits the Injection and then goes to the top rope and hits Hail To The King onto ACH for the 3. Lethal holds the title high as he leaves keeping it close.

Match 2- Internationally Acclaimed (KENTA and Devitt) vs The AscensionEdit

Asension brought the fight to KENTA as soon as the match started, beating him to a bloody pulp until he was able to put a couple of very needed moves together and got the tag into Devitt and he came in like a house of fire, kicking and striking anything that moved but was caught by a giantic lariat by Konnor, Devitt starts being worked on by Viktor. KENTA now is the one wanting a tag as Viktor taunts him and turn around into Devitt jumping off the top rope and hitting a amazing double foot stomp onto Viktor and now Konnor comes running in to be caught by KENTA as Devitt hits a very interesting underhook brain buster on Viktor for the win.

Gotch got dominated during this match by Enzo in the beginning and for most of the match. Enzo wasn't able to keep Simon in the ring as he tagged in Adien English. Gotch sneakly hit a devasting DDT on Cass when he tagged in and busted him wide open as Gotch got back to work on Cass until Cass caught him with a huge sideslam Spinning varition and then setup for his Big Boot and knocked out Gotch for the 3 and the win.

With both of their styles, Strong and Bennett had a very interesting back and forth to begin this match. Strong did have control and hit a gutbuster onto Strong just to be hit back with the TKO and then Bennett setup for the Piledriver and Strong was able get out and hit a back body drop but Bennett landed on his feet and pushed Roderick into the referee without really knowing and hit the Piledriver but Truth Martini showed up and distracted Bennett for Strong to hit a bone crushing Suplex Backbreaker to for the 3. Strong leaves with Martini.

Sin Cara paired off with Bobby Fish and Kalisto paired with O'Reilly as the team fought off outside. Cara jumped and flew onto Fish with a very impressive flip. Fish and Cara fought to the barricades when Fish rolled up Cara only to be bridged as Cara gets out Fish. So Kailsto and Cara work on the outnumbered O'Reilly but each time Cara tried to go for the win, Kalisto got involved by mistake so O'Reilly kicked Sin Cara out of the ring and hit a Brain Buster onto Kalisto for the elimination. Cara came flying in with a moonsault and got a 2 as he rushed into Kyle and hit a huge Sunset Flipbomb for a 2 as well, then Sin Cara hit a devasting Swanton for the 3. After the match Kalisto came running down to the ring and snatched the title from Sin Cara and confronted him for not being there when he got eliminated. Sin Cara got a microphone and said "Tough Love" and shoved Kalisto out of the way and took both belts with him. Kalisto was left in the ring wondering why Cara did this so he went running after him and they both left.

So we break off into a war of words between Briscoe and Cole (as we know they have a very bad past) and Neville pushs his way between them and yells "Are we going to fight or just say hateful words to each other?!" Cole and Briscoe take him out and start fighting each other. Cole hits a superkick into a German for only a 2. Briscoe hits a Spinebuster for a 2. Both men go back and forth until Briscoe hits a Death Valley Driver and turns it into a JayDriller amazingly for the elimination. Neville runs in only to be hit with another Spinebuster as Briscoe sets up for the finish but half way through his Death Valley JayDriller Neville reverses him and hits a Tornado DDT. Neville goes to the top and hits a flawless Red Arrow for the win. Just when Neville is about to enjoy his win he finds himself in the middle of a war between The House Of Truth and The Kingdom. Cole, Bennett are trying to fight off Lethal, Strong and new member Matt Taven. Neville gets involved to help and all three fight off House Of Truth. Neville stands with them until at the last second and the show was about to end, Cole strikes Neville and starts attacking him. All members of both the Kingdom and House Of Truth destroy Neville. The Briscoes come running down and then step back and call for a few other men to come down. We hear the imfamous return of Unsettling Differences by Blue Smock Nancy as Kevin Steen with his mentor and partner Steve Corino come running down to make Cole and company to back off. Truth Martini grabs the microphone and says "You guys can't stop The Kingdom Of Truth, NO ONE CAN!" As we leave with that very disturbing words from Martini.

It has been annouced that NXT's Frontline and The Kingdom Of Truth will have a series of face off matches.

Already Annouced for Backlash is Adrian Neville vs Adam Cole for the NXT Championship, Neville has challenged Cole to a Ladder match as well. Cole's and The Kingdom Of Truth's Response Next Week!

Retrieved from "https://2k-universe-mode-rawsmackdownnxt.fandom.com/wiki/NXT_Results_from_Week_1?oldid=4094"
Community content is available under CC-BY-SA unless otherwise noted.